A little bit a new life

Until recently, he would never have thought that he would be able to ride a bike so far in a single day. But then Karsten Bettin, inventor of Kwiggle, drove around the Dutch IJsselmeer - 300 kilometers in about 16 hours. In this review he explains how he came to this idea.

How did that happen? When the Kwiggle was technically matured, we wanted to thoroughly test the movable seat post and related driving behavior over a few months to detect and eliminate any weak points: stability and driving, driving, driving in many different urban everyday situations. After all, we want to offer our customers a perfect all-round product.

We also rode some longer stretches. After the first test drives we noticed two things: the upright riding position is a lot of fun and even after long trips we were not tired at all. A friendly doctor had already predicted years ago that cycling with the Kwiggle allows you to ride long distances without fatigue due to the movable seat post. My own experience made me curious and I wanted to know for how long I could really ride a Kwiggle.

Whenever time allowed, I rode sometimes 30 (18 mi.), sometimes 40 kilometers (25 mi.). The longer the better. Then we spontaneously made a first longer tour, from Göttingen to Hannover, always along the Leine - about 120 km (74 mi.)! I rode a Kwiggle and Till - my son - rode a famous other folding bike. We changed bikes once and both of us had the same impression: 120 km (74 mi.) with this other folding bike is much more exhausting. When we arrived in Hannover, I was a bit tired and thought, yes ok, 120 km (74 mi.) is not trivial.

The next day, when I told a friend who has a lot of experience with long-distance tours, he advised me to eat a lot. Maybe the fatigue was also due to missing carbohydrates. I weigh 65 kg at 1.78 height, and therefore have no fat reserves as energy storage.

300 km IJsselmeer – and millions of flies

In 2018 during Ascension we were at the IJsselmeer in the Netherlands. And I thought, "it would be interesting if I could ride around it in one day". That would be about 300 km (124 mi.). At 5 a.m. I started with the single-speed Kwiggle. Unfortunately, it was really cold about 7 degrees Celsius (44.6 F.) and for 2 hours I really froze.

I had plenty of luggage with me: 2 kg of pasta, 1 kg of bread, 2 liters of water and a few little things, a total of about 7 kg (15.4 lb.). After two hours, I thought that I would probably not be able to make it. Then came a part of the track with thousands of flies, which flew in my eyes constantly, as I had forgotten my glasses. Thats why I had to slow down a bit for a while.

When the sun came out, it got a lot better. After 125 km (77 mi.) I reached Amsterdam at 11 a.m.. There I took a break, bought pasta sauce, cucumber and tomatoes and filled up my water supply. Eating all of it on the Kwiggle, with a spoon out of the noodle pot.

I went on further north. Millions of flies flew on the dyke paths! I have never experienced anything like it. Wherever possible, I went off the dyke. Another speed killer were the passages through the charming brick-cobbled tourist towns. Later therefore I gave Enkhuizen a wide berth.

Then came the headwind

I thought after the dyke I'll get a tailwind. But not a bit of it. From the land side, the wind continued to come from the side. It was not until 9 p.m. that it was windless and I could finally go back to my 25 km/h (15.5 mph). When I arrived at the finish, I really wanted to know how big the impact of the luggage was on the speed. I then drove a few kilometers without the 7 kg. The difference was a considerable 3 to 4 km/h (1.86 mph to 2.48 mph).

Kwiggle is changing my life

Without the described influencing factors, like the weight, flies, full towns and headwind maybe even 400 km would have been possible. I am already organizing an appropriate tour. Not with the single-speed Kwiggle, but with the 3-speed version. That would have been helpful, especially when the wind came around.

At 53 years of age I am now doing things I thought I would never be able to do - thanks to the Kwiggle. I am planning adventures that I could never have done with another bike. Although I invented the Kwiggle and developed it over so many years I was still amazed by these experiences. A little bit like a new life. 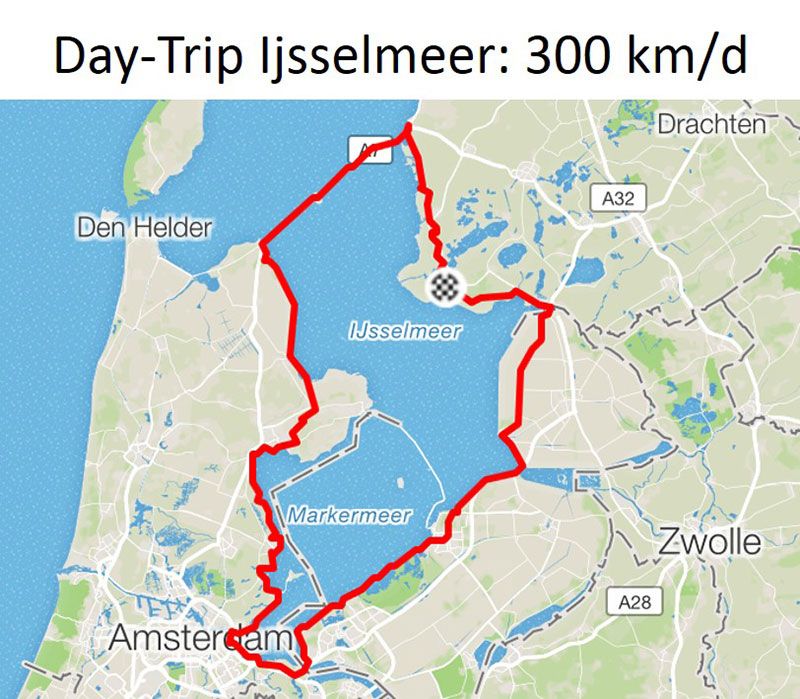 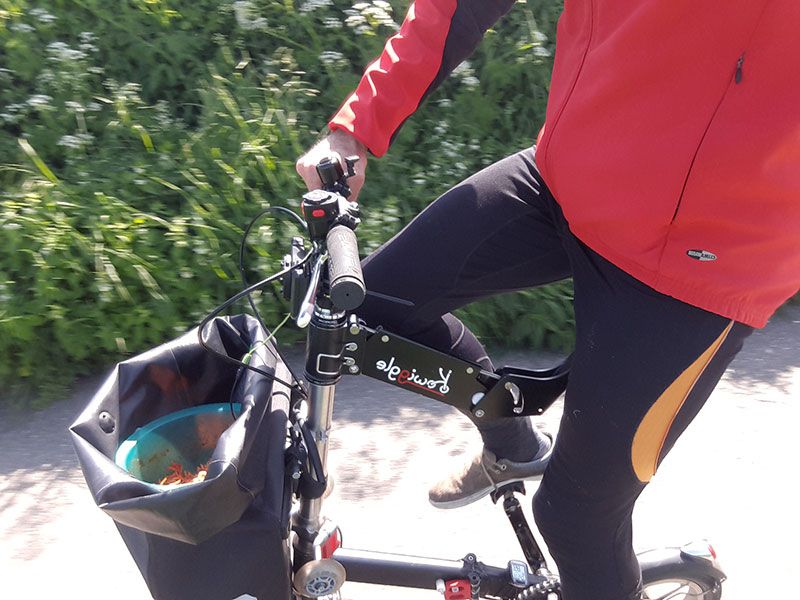